This Tuesday, Rush Hour audiences enjoyed a special concert event with Bruce J. Barber II, organ, in Organ 101: Back to Bach. In addition to hearing Bach’s magnificent works on St. James’ organ, Rush Hour audiences were able to see the physical complexity of Mr. Barber’s performance through the use of a live video feed from the organ gallery projected onto a large screen on the “stage” of the Cathedral.

Before the concert, concertgoers were treated to delicious colorful pastries provided by Austrian Bakery, located at 2523 N. Clark Street in Chicago.

We thank the Consulate General of Germany in Chicago for their generous partial sponsorship of Tuesday’s performance. 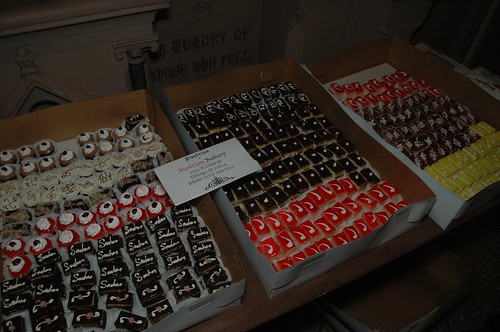 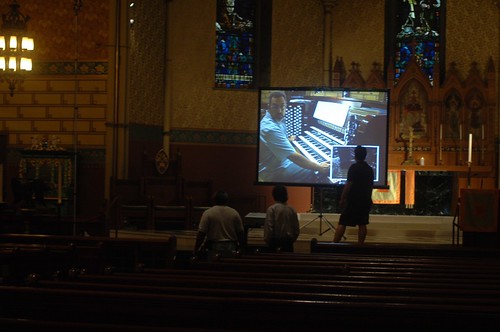 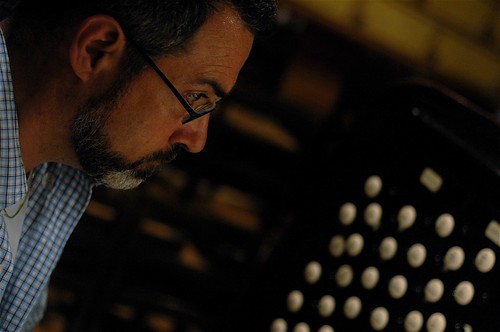 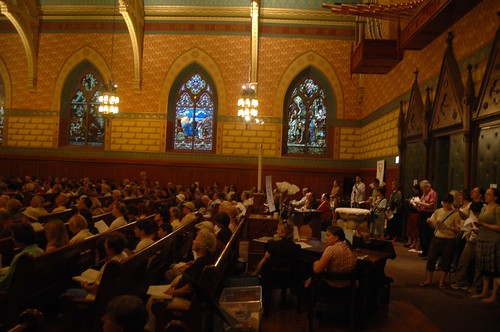 The Cathedral was “standing room only” during the concert 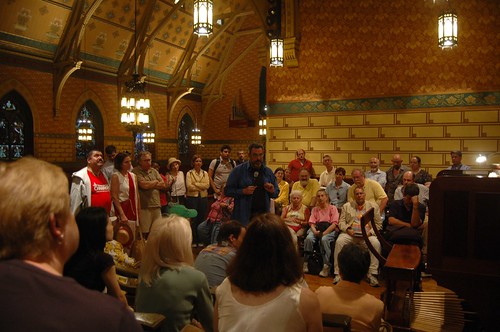 Bruce Barber gives a tour of St. James’ historic organ after the concert to interested attendees